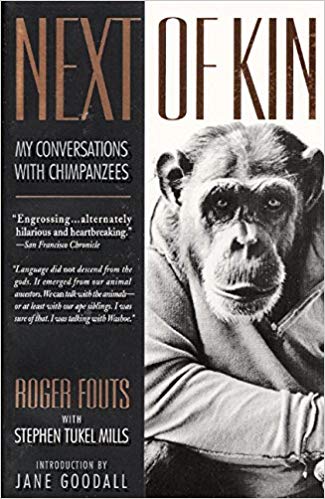 Allow me one more indulgence, would you? I remember finding this on a bottom shelf in my local library when I was just a young kid with dreams of scientific study in my future. This was one of the first books I read on the study of chimpanzees. Next of Kin is a fascinating glimpse into the work of Roger Fouts and the surrounding team of scientists who attempted to teach a chimpanzee named Washoe how to communicate through sign language. This story has stayed with me for years as one I remember fondly and with great interest—and I’m not the only one. It currently holds a five-star rating on Amazon. Curious? Give it a read!