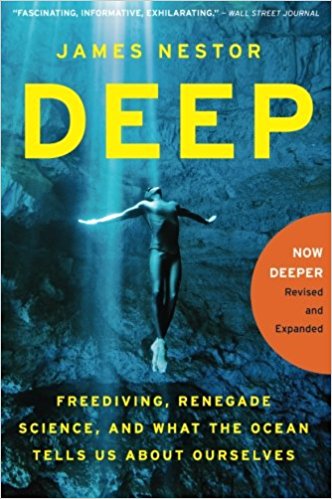 A damn good book. Journalist James Nestor originally started the odyssey of this work by attending a free diving competition, but this one event sparked something else in him: a wonder for the oceanic world. Nestor takes a literary voyage through the blue depths, carrying us with him as passengers as he discovers the dynamic between marine and mammal, man and water, science and myth. A must read.

Read and Recommended by Bex